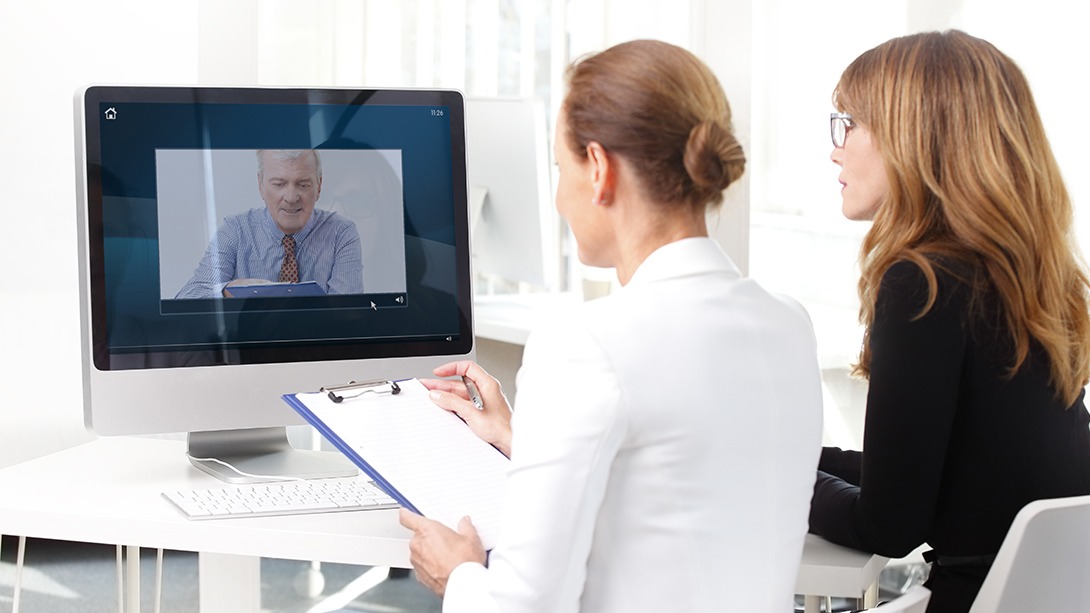 Remote ACs are becoming increasingly popular not only because of the corona crisis, but also because of the digitalization and cost pressure in many companies. However, the question often arises as to how Remote Assessment Centers differ from face-to-face procedures in terms of their validity and also their assessment possibilities. In connection with this, it is of course also important to consider how to respond to these differences when designing Assessment Centers and what is necessary to ensure that Remote ACs have a prediction accuracy comparable to that of face-to-face procedures.

This article highlights possible limitations in remote settings and the solutions that need to be considered during the design phase.

2) Sympathy factors that are based on the “chemistry” between people
Certain sympathy factors will of course not be perceived as intensively in a remote assessment as they are during a personal encounter. This is often one of the elements that observers or decision-makers particularly miss. Of course, they are especially relevant where you evaluate people with whom you will later have to work directly and where you want to understand whether you are a good fit for each other on a personal level. It is not the case that a remote assessment completely eliminates these impressions, but they are of course somewhat limited.

At this point we must of course ask how severe the limitations are with regard to these two topics, because on the other hand it must be said that those aspects that are directly related to competencies and performance can easily be made visible in a Remote AC. The aspects mentioned here naturally influence the perception of many observers and the need for certain subjective, personal impressions is understandable. The following conclusions can be drawn:

All these are of course no “black-and-white” arguments and instead this is always a case of “a little more – a little less.” Nevertheless, these arguments can help to clarify and rationalize the question of the missing dimensions of Remote Assessment Centers and to work out more clearly under which conditions which restrictions are more or less severe. Previous experience with remote assessments indicates that after an intensive online procedure, the observers mostly did not have the impression that certain insights were missing that are necessary or even indispensable for a conclusive decision-making process.

2. Consequences of the previously discussed limitations for the design of exercises and AC modules
The most important consequence of the limitations mentioned above is that the absence of the body language level and thus also of a certain situational empathy level in a Remote AC must be compensated otherwise. The most immediate consequence is that it is important to verbalize and explicate things that in a face-to-face procedure would be settled with the help of brief eye contact or a raised eyebrow, because in a Remote AC we cannot trust that others can accurately read such subtle signals (for example, because the camera image was shaky or briefly frozen at the time, or simply because of the limitation that we can only ever see the faces of seated people in a Remote AC).

This has the following consequences for the design and implementation of Remote ACs:

1) Role-play exercises
As a role player you have to respond in an even more “expressive” way in a Remote AC than would be necessary in a face-to-face AC. In a face-to-face AC it is sufficient to test the empathy of a counterpart with weak signals and the logic would be that a participant who perceives and explicitly picks up on even very weak signals has a particularly high degree of empathy. As a role player, you may have to be a bit more “generous” with hints you give in a remote setting, and you may have to verbalize them a bit more rather than express them through body language to ensure that you give your counterpart a fair chance.
A special innovation here are video-supported role plays, in which participants not only receive written instructions, but can also “get to know” their counterpart in a video. In addition to the significantly increased authenticity, the meeting is not pre-structured by the instructions and instead depends on the participant’s perception and interpretation.

2) Follow-up meetings
Nevertheless, the empathy component can be captured relatively well through more detailed follow-up discussions. Much more than in a face-to-face AC, you would also have to find out in a follow-up discussion how the participant perceived certain remarks by the role player, how he interpreted the role player’s behavior or reactions, and how he evaluated the impact of his behavior on the role player. A detailed follow-up meeting with respect to this will certainly allow the empathy dimension to be grasped in a similar way. By the way, this applies all the more when working with video-supported role plays – here the participants’ interpretation skills and feeling for the situation can be captured in an even more differentiated way.

3) Group leadership situations
The dimensions of personal presence and leadership authority in group situations remain somewhat more difficult. The “Team Meeting” or “Change Meeting” exercise type (in which the observers play employees or stakeholders to whom the participant must communicate certain messages in the role of a manager) works in a virtual setting. But role-playing dynamics in which role players interrupt each other, have a short and hefty exchange on a certain topic, do not let go regarding certain issues, or do not easily comply with a structure are more difficult to portray virtually. Interrupting others and everyone speaking at the same time in virtual settings go against any “etiquette” of a video conference situation much more so than is the case in face-to-face meetings. In a professional context, everyone has become accustomed to the fact that in a virtual situation in which we interrupt others or are interrupted by others, we immediately fall silent and are not likely to fight for the right to speak as we normally would in a face-to-face meeting. In this respect, the evaluation dimension in simulated team meetings (with the observers in the role of team members) is much more limited to structuring, the methodology of the facilitation, and the quality of the content-related preparation of a topic, which can be made visible in a way that is comparable to an offline procedure. Of course it is possible to have a critical discussion, but the dynamics of the conflicts within the team cannot be mapped so vividly and authentically in a virtual format. Ultimately, the rule applies that this requirement facet can only be compensated to a certain extent through in-depth interview phases and subsequent reflections. The situation of the “lonely recording in front of a webcam” simply reduces certain chances to demonstrate personal presence (though these chances are not reduced to zero). Here the same argument applies as above: The chances are lower than in a face-to-face AC, but a certain dimension of presence, enthusiasm, and energy can still be observed in a remote setting.

4) Case studies
When it comes to case studies, the limitations mentioned above are rarely a problem; other aspects are relevant here. The body language and communication restrictions are only important if the case study also simulates a certain scenario for the presentation and the aspects discussed in the previous section come into play. The limitations of case studies in Remote ACs tend to concern the ratio of preparation time, amount of material, and appropriate questions. Remote ACs are generally much more observer- and participant-friendly if short case studies with few evaluation dimensions are used, which very specifically make certain individual competencies visible. For example, there are case studies that actually only cover topics related to analysis, structure, and ambition. For such a case study, 20 minutes preparation time and 10 minutes for the implementation may be sufficient. In other case studies, aspects relating to creativity and innovation can be evoked to a similar extent.
But it can also be about somewhat higher-level questions concerning human leadership (for example, by presenting a difficult leadership dilemma as a case that must then be discussed with its options) or it can be about customer-related and sales-related aspects. The fact that the case study is designed against the background of evoking certain selected competencies very precisely makes it easier to assess the relevant aspects in a remote setting too.
“Major” case studies, in which a very large number of competencies are mixed together, are certainly much less helpful online with regard to the implementation conditions and the clarity of the assessment.

5) Interview
In interviews it is certainly the case that the observers and assessors cannot interact with each other or give each other signals as easily as in face-to-face interviews due to the communication restrictions discussed at the beginning. In face-to-face settings, brief eye contact can be used to communicate the desire to express the intention to ask the next question, or quick signals can be given to indicate the need to speed up the process. How can the absence of this dimension between the assessors now be compensated in the remote procedure? The simplest and most pragmatic option is a dedicated facilitator chat window, in which the interviewers can exchange messages on the need to ask more detailed questions regarding a certain topic or to remind each other to stay focused to avoid exceeding the time limit. A quick signal agreed in advance (e.g., an exclamation mark posted by an interviewer in the chat window) is enough to know that someone wants to ask the next follow-up question. In this way, the missing body language dimension, which is also important between assessors in interviews, can be successfully replaced with another strategy in Remote ACs.

Summary
All in all, the increasing spread of remote assessments cannot be stopped. They will not be able to completely replace face-to-face procedures. Especially if you also want a certain “event character” and if you attach importance to networking or visibility in management, then Group Development Centers have a dimension that cannot be fully mapped in online procedures. In addition, there are the points discussed at the beginning, which limit certain evaluation aspects. It is more likely that online and offline 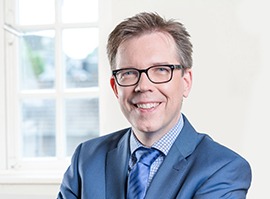